January 21st, 2021 will see the birth of their new EP ‘Failure’. To give everyone a little treat for the holidays and an idea of what is to come they are dropping their new single today, ‘Realm of Misery’. 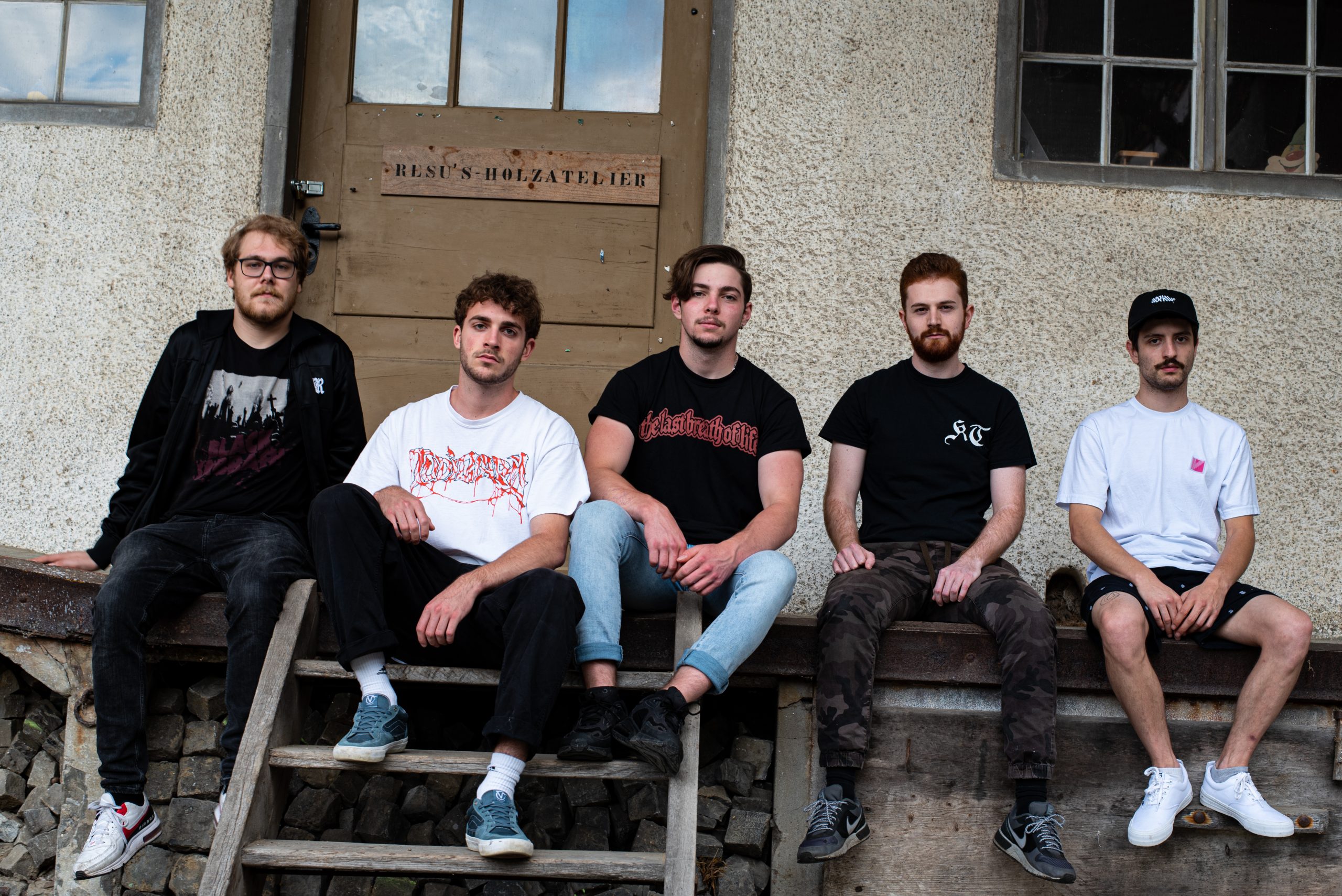 Swiss crossover band EXCORIATED just blasted onto the scene with one of the heaviest releases this year. Fueled by the rage at witnessing the countless police brutality cases in Switzerland the band have released ‘Authority Denied’ as a self serving statement. No longer will they bend for the men in power.

With members of Deconvolution and Fever Dreams these boys aren’t fresh on the field anymore and have seen their share of stages and carnage. Recent protests in Switzerland have poured oil on the flame that is Excoriated and Authority Denied is the resulting blast. As vocalist Jonathan would put it: “to sum up the message quick: “fight the oppressor” and we couldn’t agree more. The accompanying video says more than enough. It balances the ferocity of their performance with real footage of the different protests worldwide. In the past months this has become extremely relevant in Switzerland again. Protests against human rights violations at refugee camps, climate strikes or antifaschist demonstrations, they all had one thing in the common. The ice-cold answer from the government in the form of police violence and brutality.

At the same time it serves as a little preview of the upcoming LP, to be released through Blindsided Records in the nearby future. Be sure to keep an eye on these boys although we don’t really see a way around them.

Blindsided Records’ 4th release is about to be unleashed into the world. A 7” vinyl record featuring Voidcrawler (NL) & Deconvolution (CH), each taking up one side of the wax. Having played together several times the combination was a slamdunk as the music from both outfits complement each other perfectly.

DECONVOLUTION will kick off the record with raw hardcore combined with juicy thrash metal riffs. The Swiss band, hailing from Solothurn, has been working hard since 2015 and released their first EP ‘Fool’s Path’ in 2017. Sharing the stage with major hardcore bands Terror, Broken Teeth, Hawser and Expire to name a few, they gained momentum in the European hardcore scene. A promo cassette was released in 2019 and Blindsided Records is more than proud to feature them on this record.

On ‘Sanctimonious’ the band talks about the annihilation of our world, two faced politicians and the destruction of the environment. ‘Guillotine’ is about a group of people suffering and rising up against their leader through violent means. It’s easy to draw parallels with certain US leaders as the symbolic monarch, especially in these trying times.

Side two is occupied by the most terrifying band in the Netherlands, VOIDCRAWLER. In just two years the Dutch band have already played shows all over Europe and released their acclaimed EP ‘Maddening Descent’ last year. The band produces an unique blend of extremely angry metal and hardcore. Lyrically frontman Lennart explores similar themes as DECONVOLUTION, for example he imagines the end of the world on ‘Certain Fatality’.

Calling Voidcrawler newcomers would be out of place. The Dutch 5-piece have been hauting Europe with their unconprimising, hard-hitting mix of hardcore and extreme metal. After releasing their debut EP ‘Maddening Descent’ just last year, get ready for two track about end time…

Voidcrawler & Deconvolution have teamed up on a new release, a split 7″ EP released exclusively through Blindsided Records. Voidcrawler are familiar favorites, ripping up the country last year during the Popronde with labelmates Deathtrap. Besides playing The Netherlands they have also done several shows in Germany and Switzerland, some of those shows together with Deconvolution.

Deconvolution first released their trash influenced hardcore to to the world in 2017 with ‘Fool’s Path’. A great string of shows follow with bands like Expire, Terror and Broken teeth. 2019 marked their second a release and they’re ready to take it to the next level with two brand new tracks.

The 7″ will drop June 12th digitally and physically. Pre-order to make sure you’re one of the first ones to lay their hands on this magic disc.

Calling Voidcrawler newcomers would be out of place. The Dutch 5-piece have been hauting Europe with their unconprimising, hard-hitting mix of hardcore and extreme metal. After releasing their debut EP ‘Maddening Descent’ just last year, get ready for two track about end time…

Today is the day, the new breed of Lowlands Hardcore is dropping their debut EP, Voidcrawler. 12″ inches of solid mayhem, order that son of a bitch online now or stream on your favorite streaming platform. The release show is tomorrow at Northcote 2019, together with our friends of DEATHTRAP, HAWSER and Dagger Threat. Come party!