Curselife – Poison To My Soul “7

CURSELIFE is a four piece hardcore band from Nuremberg, Germany. Founded in early 2017 and with the debut EP “Wolves In Sheep’s Clothing” released in September 2017, numerous shows throughout Germany were played during the first year of existence. Striking riffs, a lot of groove and a pinch of metal characterize the aspiring hardcore newcomers from Nuremberg. During the year 2018, the release of the second EP “Poison To My Soul” is scheduled through Blindsided Records, including a releaseshow in Germany as well as The Netherlands. You better be prepared Europe, CURSELIFE is coming for you. 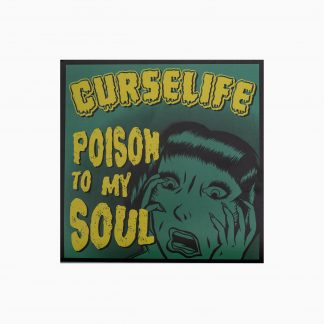